The Green Bay Packers and Minnesota Vikings will meet in Green Bay in the regular-season finale for just the second time (1996).
This will mark the third consecutive year Green Bay will play for the NFC North title in Week 17, and it will be against the third different opponent (Chicago, Detroit, Minnesota).
Dating back to 2006, Green Bay is 8-1 in Week 17 games, including 5-0 at home.
The Packers’ eight wins in Week 17 are tied for the most in the NFL from 2006-14 (Pittsburgh, San Diego, San Francisco).
Green Bay has scored 276 points in Week 17 games since 2006, tied with New England for the most in the NFL over that span.
Sunday will be the first time the Packers and Vikings have met in the regular season when both teams entered the game with a double-digit win total. Since the Vikings entered the league in 1961, there have been only five seasons where both teams had 10-plus wins in the same season (1989, 1998, 2009, 2012, 2015).
Of the past 27 regular-season meetings between the Packers and Vikings, 18 of those games have been decided by seven points or less.
Through 110 meetings, which includes two postseason contests (1-1), the Packers hold a 59-49-2 edge over the Vikings in the all-time series.
The Packers are 10-1-1 in the last 12 games between the teams during the regular and postseason, including 5-0-1 at home. The Packers’ only loss during that span was by three points in 2012 at Minnesota in Week 17.
The Packers have scored 30-plus points in seven of their last 10 regular-season games against Minnesota, averaging 33.2 points per game over that span. That included a 30-point effort in the first meeting this season, a 42-point game last season, a 44-point outing at Minnesota in 2013, the most points ever scored by Green Bay at the Metrodome, and a 45-point effort at Lambeau Field in 2011.
Since Head

WITH THE CALL
NBC will broadcast the game to a national audience. Play-by-play man Al Michaels joins color commentator Cris Collinsworth in the booth with Michele Tafoya reporting from the sidelines.
Milwaukee’s WTMJ (620 AM), airing Green Bay games since November 1929, heads up the Packers Radio Network that is made up of 50 stations in five states. Wayne Larrivee (play-by-play) and two-time Packers Pro Bowler Larry McCarren (color) call the action. McCarren first joined the team’s broadcasts in 1995 and enters his 21st season calling Packers’ games. McCarren has four times been voted Wisconsin Sportscaster of the Year by the National Sportscasters and Sportswriters Association. After originally being paired together in 1999, McCarren and Larrivee enter their 17th season of broadcasts together.
Westwood One Sports will air the game across the country. Kevin Kugler (play-by-play) and James Lofton (analyst) will call the action and Scott Graham will host pre-game and halftime shows.
The broadcast is also available on Sirius Satellite Radio (WTMJ feed).

WHAT TO LOOK FOR
If the Packers win, it will mark their fifth consecutive division title, extending a franchise record. It would also make them the only team in the NFC to win its division each of the last five seasons. The only two teams to win five or more division titles in a row in the NFC Central/North were the Minnesota Vikings from 1973-78 and the Chicago Bears from 1984-88.
Sunday will be the fifth regular season home game in the month of January in team history. The Packers are 4-0 all-time at home in January during the regular season.
A victory would make Green Bay 4-2 against the division this season and give it four or more regular-season wins against division opponents for the 12th time in the last 14 seasons.
A win would mark the sixth season Head

OFFENSE
If QB Aaron Rodgers throws for 300-plus yards, it will be the 44th 300-yard passing game of his career during the regular season.
In primetime games against Minnesota, Rodgers is 124 of 169 (73.4 percent) for 1,548 yards and 14 TDs with three INTs for a 121.6 rating. He has registered a rating of 110-plus in five of six games, including 130-plus in each of the last three. In the last three, he has totaled 691 passing yards, nine touchdowns, no interceptions and a passer rating of 144.0.
Rodgers looks to throw for multiple touchdowns for the 11th time this season. It would mark the fourth time in his career he has recorded 11 or more games with multiple touchdowns in a single regular season (14 in 2011 / 11 in 2012 and 2014).
Rodgers reached 30 passing touchdowns for the fifth time in his career. He ranks second in team history behind Brett Favre's eight. Rodgers’ five 30-plus passing touchdown seasons since 2009 are tied for the second most in the NFL over that time span (NE Tom Brady and IND/DEN Peyton Manning, five / NO Drew Brees, seven).
Rodgers ranks No. 2 in the NFL with seven games this season with two-plus touchdown passes and zero INTs (New England QB Tom Brady, nine).
Since the start of the 2014 season, Rodgers has thrown 68 touchdowns and 12 interceptions.
Rodgers (332) is 25 yards away from eclipsing his single-season career high in rushing yards, 356 in 2010.
WR Randall Cobb needs one catch to extend his streak of consecutive regular-season games with a reception to 56, the fifth-longest streak in franchise history. He trails WR James Lofton (58, 1979-83) for fourth place in team history.
WR James Jones (788) is 30 yards away from surpassing his single-season career high of 817 receiving yards he set in 2013.
Jones (46) is four catches away from his fourth consecutive season with 50-plus receptions.
TE Richard Rodgers needs four catches to become only the fourth tight end in team history with 55-plus receptions in a season: Jermichael Finley (three), Paul Coffman (two), Jackie Harris (one).
RB Eddie Lacy ’s 416 rushing yards since Week 11 are the sixth most in the NFL over that span.
Lacy is one 100-yard rushing game away from tying his single-season career high of four (2013).
With 3,041 rushing yards, Lacy is one of only two players in team history (RB John Brockington, 3,276) to rush for 3,000-plus yards in his first three seasons in the NFL.
RB James Starks has set new career bests in receptions (40), receiving yards (374) and receiving touchdowns (three) this season.
Starks has recorded 100-plus yards from scrimmage four times this season. His 951 yards from scrimmage are a new career high, surpassing the 794 yards in 2011.
Starks is three yards away from surpassing his single-season career high of 578 rushing yards from 2011.
If Starks (577) records 23 or more rushing yards he would reach 600 for the season and give the Packers two players with 600-plus rushing yards (Eddie Lacy-724) in the same season for the first time since 1985 (Jessie Clark-633 / Eddie Lee Ivery-636).

MIKE McCARTHY…Is in his 10th year as the Packers’ 14th head coach.
Joined Vince Lombardi and Mike Holmgren as the only coaches to guide the Packers to a Super Bowl title with a win over Pittsburgh in Super Bowl XLV.
Led the Packers to their seventh consecutive playoff appearance this season, joining New England as the only two NFL teams to do so over that span. Has also led the team to eight playoff appearances (2007, 2009-2015) and seven double-digit win seasons in the last 10 years.
Has guided the Packers to top-10 finishes in scoring each of the past eight seasons (2007-14), joining the Patriots as the only other team to accomplish the feat; Packers finished first overall in scoring in 2014.
His .661 winning percentage during the regular season (104-53-1) is ranked second among active NFL coaches (min. 50 games).
Was named Packers head coach on Jan. 12, 2006, his first head-coaching job after 13 years as an NFL assistant.

MIKE ZIMMER…Is in his second year as the Vikings’ ninth head coach.
Led the Vikings to a 7-9 record in his first year at the helm in 2014.
Oversaw a defensive unit that ranked No. 7 in the NFL in passing defense and No. 5 in the NFL in fewest plays of 20-plus yards last season.
Spent 20 seasons as an assistant coach in the NFL, including 14 as a defensive coordinator for Cincinnati, Atlanta and Dallas.
From 2008-13, he was the defensive coordinator for a Bengals defense that ranked in the top 10 four times. In the 18 years prior, Cincinnati had only cracked the top 10 once.
Has had eight defensive players selected to the Pro Bowl a total of 23 times.

THE PACKERS-VIKINGS SERIES
This marks the 111th overall meeting between the border rivals.
The Packers own a 59-49-2 advantage over the Vikings (including playoffs) in the all-time series.
Green Bay’s five-game winning streak that was snapped in the 2012 finale was the longest by the club since a five-game streak against Minnesota from 2006-08. Prior to that, the longest streak for either team was Green Bay’s five-game winning streak from 1983-85.
The series began when the Vikings entered the league in 1961, and Vince Lombardi’s Packers won nine of the first 10.
Over the last 22 seasons (1994-2015), these teams have accounted for 17 NFC Central/North division championships.

“I'll make him an offer he can't refuse.”

This team either sucks or plays extremely average.

I'm guessing they're due for an average game to win the division. 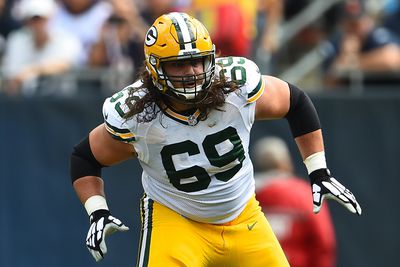 There's some good news for a few injured Green Bay players, as two starters who sat out last week should be able to work in practice today.

The Green Bay Packers have been banged up on both sides of the football this season, and recent weeks have seen injuries to a few starters at critical positions across the lineup.

On offense, left tackle David Bakhtiari was hurt two games ago in Oakland and was ruled out for the team's week 16 game in Arizona. Early on during that game, right tackle Bryan Bulaga was injured and left the game, forcing the team to play a pair of backups, Don Barclay and Josh Walker, at the two tackle positions.

On the defensive side, Sam Shields' concussion suffered against the Cowboys three games ago has kept him out of the lineup since then. Then in Arizona, nose tackle B.J. Raji was concussed as well and left the contest.

Thankfully, the Packers are expecting to get a few of those players back at practice on Wednesday. Mike McCarthy said in his morning press conference today that Bakhtiari and Shields are expected to "do some work today at practice", a sign that they will have a better chance to play in Sunday's NFC North showdown against the Minnesota Vikings than they did last Sunday.

Shields' absence has pushed rookie cornerback Quinten Rollins into a more prominent role as his replacement. Though Rollins has performed relatively well, he has understandably not been playing to Shields' lofty standards.

By contrast, Bakhtiari's replacement, Barclay, struggled mightily against Dwight Freeney and the Cardinals pass rush last Sunday. Pro Football Focus credited him with four sacks and four hurries allowed, and according to their stats he has given up the second-most sacks of any offensive lineman this season, despite starting just five games. Getting Bakhtiari back would be a major shot in the arm for a banged-up line.

McCarthy also suggested that Eddie Lacy's rib injury, which has shown up on the report the past few weeks, is "getting better" and implied that Lacy will not be limited on Sunday.

I knew that Barclay was bad, but "he has given up the second-most sacks of any offensive lineman this season, despite starting just five games" is incredible !!

WatertownPackerFan said:
I knew that Barclay was bad, but "he has given up the second-most sacks of any offensive lineman this season, despite starting just five games" is incredible !!
Click to expand...